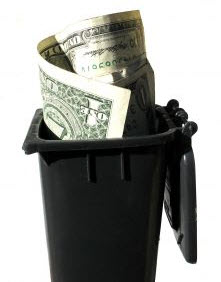 Book Review – How to Survive the Dollar Collapse

Once the world’s reserve currency, the dollar was at one time the currency that many governments depended on for security. Unfortunately, those days are passing. Due to massive debt load, reckless spending, and huge trade deficits the dollar is entering a period of uncertainty.

One of the main reasons the dollar has maintained it’s value even after worsening trade deficits that add up to trillions, is that countries continued to purchase US treasury bonds. Countries like China lent out trillions in loans so we could continue the process of buying their exports and running up credit.

Recently, China and Brazil have announced their desire to head towards using their own currencies in trade transactions rather than the US dollar.

Luiz Inácio Lula da Silva, Brazil’s president and Hu Jintao, China’s president, have discussed the idea of dropping U.S currency at the recent G20 summit in London. Talks surrounded around implementation of a currency swap which will in effect utilize each countries own currency or an alternative international reserve currency.

China’s currency the Renminbi and Brazil’s Real will most likely be used instead of the falling dollar. Widespread use of the Renminbi and the establishment of it as a regional reserve currency will promote China throughout Asia, and increase their political clout.

Where does all of the uncertainty leave the U.S dollar and it’s potential for collapse? During these times of rapid financial upheaval it’s wise to note that gold protects against currency declines, government crisis and credit defaults. an investment in gold ensures you long term security and stability while market indicators show a murky U.S dollar outlook.