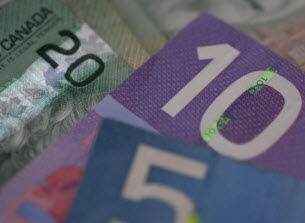 There are a variety of Canadian gold and precious metal stocks to choose from. Canada is known for its superior quality gold coins. However, they also possess some of the best gold companies which have seen some good performances in the gold market. They have small companies which issue dividends to its investors unlike other larger companies. In order to get to know the Canadian gold stock market better, it will be good to see what their companies are like and how they are performing in the market.

One of the top companies in Canada, which is also a multinational company, is the Barrick Gold Corporation which is the top performer at the moment. It has allowed to issue some stocks on a lesser price to some investors. The company’s chief executive has also made one of the best steps that a company can do which is to remove hedging from their  company’s strategies. It is definitely one risky move on the company’s part but is a highly desirable move for those who would like to ensure that their investments worth would not be lessened due to some future contracts which will fix a price on what they earn. It is a step which will allow the company to be more exposed to the value of gold in the market which will also provide better dividends for their stockholders. They were also able to issue about more than three billion worth of their shares. The capital of this company is about 37 billion dollars which is the largest in Canada. They also issue dividends about one percent yearly for their investors.

Another company to look out for is the Goldcorp company which has a market capital about 32 billion dollars and issues a lesser dividend than the Barrick Gold – about .4 percent. Its assets are located in Canada itself and also in Mexico. It has been said to somewhat sold for something more than its actual worth which can be a downside for a company who wants to attract investors. The company operates on low-cost techniques as assured by their CEO.

Next up is the Kinross which has its  mines in Brazil, the US and even in Russia. They have made some significant improvements when it comes to their cash flows but which may not be the best basis on determining the performance value of a company. They are more intent on investing in markets that involve only lower costs and are also more diverse in their investments. They have a market capital of about 16 billion dollars.

The last is the Agnico-Eagle mines which are also centered on low-cost techniques in gold mining.  They have a market capital of  11 billion and also has some strategies for worst-scenario cases in the gold market. Their CEO is not quite convinced that gold will be doing any better than it is today and has not made any move on making hedge for that. What could be risky for all these companies would be the worth of the Canadian dollar which sometimes do not par with the US dollar.