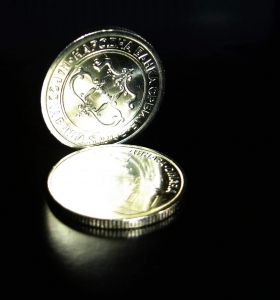 Gold dinars are now being suggested by the Malaysian government as a means of exchange in the Arab countries. Although a gold dinar has been used during the seventh century by Islamic rulers, the coin has since stopped circulation and minting due to the common wars and other political and economic problems that those rulers incurred during their reign. But now, the use of the gold dinar is being proposed as a way of either ending the dependence of the Islamic world in the gold of European and Western countries and also to take some control in the global economy.

It was in 2003 that the Malaysian Prime Minister proposed to create a gold dinar in order to boost the economy of the Arab countries and also to be a means of exchange for the trades that are done between Islamic nations. It will perhaps be a way of equalizing the differences between the various Arab currencies who in their own are experiencing some economic problems. So, with this in mind, the Arabs are now finding a way on how they can even out the problems that the Arab countries are now facing.

It is not yet known which country would be producing the gold dinars and what they would weigh exactly but if they will be used as a contender for the gold bullion coins that are now being used and circulated in the world, then they would probably be at about one ounce being a standard unit of measure for bullion coins. Aside from that, they may try to catch up with the purity of the Canadian Maple which is pure gold. If the coin will be produced in Malaysia, then it will probably have a face value based on the Malaysian currency which is the Ringgit. According to some sources, it might probably be about the same weight that was used by the earlier versions of gold dinars which is about .12 of an ounce.

If the idea will be carried out in the future, then the West will definitely have a tough competitor for the gold bullion market. Aside from the current leader, the Krugerrand, there will then be a lesser consumption from the Arab nations as they produce a gold coin of their own. Aside from the gold value of the coin, it will also even be used as a currency which will make it as a standard unit of trade in the Arab countries. There has been a push recently by some countries to stop dealing in the U.S dollar in exchange for buying and selling gold dinars in exchange for goods, and commodities.

If this will be the end result of the production of Arab gold dinars, then there will definitely be a change in the world economy in the future. Since the price of gold is usually dictated by demand, then a lessening of the amount purchased will produce a significant effect on the price of gold in the international market. Although this might mean some possible disaster for some, it may a great boost for the failing Arab economy in the future. Aside from that, it will give them a type of identity in the area of gold coins.