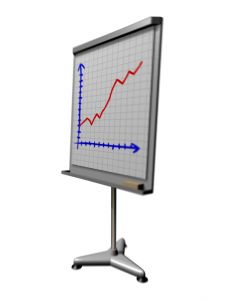 If you are looking for a more secure way of avoiding any market inflation or a better way to speculate in the market, gold future contracts is a good option. A gold future contract is a legal and binding agreement for the buying of a certain amount of gold in the future at a fixed price. This is done by making some speculations regarding how the market will do in the future and also where and when it will be delivered.  This is used as a good hedge for any possible future buying of the metal. It will also allow other persons to come into the scene and do their marketing even if they do not actually own the gold yet. They are called speculators and they are of good use for those who are in the practice for doing future contracts in gold.

One can take either a long or short position depending on whether what your obligation would be on the contract. A long position denotes an obligation to receive the commodity while a short position denotes the obligation to deliver the commodity. There are various ways in which investors act upon such contracts which provides them with a good position to gain profit from the contract itself. Gold trading is always based upon a fixed international price which makes it easier for speculators to find the right price with which they can make significant earnings from the contract.  The leverage that it provides allows them to obtain a right to buy the gold even with only a small amount of the actual price of the contracted amount. The increase of decrease in the price of gold during the intervening period can also give a chance for investors obtain a profit from it too prior to the actual delivery of the gold. By trading at a margin, they can either sell the contract for a higher price which will give them profit or buy them back after gold has shown to provide them with a better price.

Gold contracts can be obtained either from the COMEX or on eCBOT which can give you a contract for even a 33.2 ounce trade. This type of trading also gives people a better flexibility to change their positions either as seller or buyer as long as the contract has not reached its date due. One can easily change places depending on the strategies that he may have and how much he really wants to earn on the trade. There are certain periods during the year when trading is at its peak such as during the months of October and December where buying and selling gold are said to be at its highest.

However, the rules of exchange provide that there should only be a limited number of contracts a person can make have and also the number of times that he can be a speculator in the market. Gold trading can be a very interesting and enjoyable thing if you know how to play the game in the trading market and also if you are keen into the performance of the precious metal.