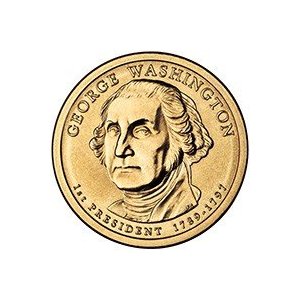 In 2007,  the United States Mint approved the issuing of Presidential gold dollar coins which commemorates the past presidents of the United States. It began with the pronouncement of the US Mints director Edmund Moy that there is now a new series of gold coins that will be created by the Mint particularly dealing with United States presidents in a one dollar gold coin. It was in accordance with the Presidential Coin Act in 2005 which has given the directive to produce gold dollar coins which will have US presidents as their subject.

The first presidents to be featured on the dollar coins were Washington, Adams, Jefferson and Madison which are all chronological in order. It was done by the Mint in order to remind US citizens of the past US presidents and what they have done for the country. This way, remembering them would not just be fun but also memorable in that they are engraved in gold coins. This is expected to address the demand for presidential coins which has shown a popularity in some surveys that were done for presidential gold coins. It is hoped that through this method, a lot of Americans will become better acquainted with their past and also remind them of those who have helped build the now prestigious United States of America.

The US Mint will also issue a proof set for these coins corresponding to the average presidential gold coins. The only difference being that the proof sets will have a more striking relief and also an effect which makes the image look like its floating on the surface.  They will also be specially packaged so that these coins will not have to deal with the damages that usually occurs when being handled.

The mints that will be producing the circulated gold coins will be the mints in Philadelphia and in Denver while the proof sets will be produced by the San Francisco Mint. Hence the coins will carry their corresponding signs P,D, and S consecutively. There will also be differences in the edging of the coins and also the positions of the lettering. Some may be facing upwards while others may be inverted.

To commemorate the first president of the United States, the George Washington coin was the first to be produced in the series. They contain the features of the president and also the Statue of Liberty and the year of the minting issue. The larger size of the coin allows more space for the designing and the lettering of these coins.