Investing in gold stocks is one of the surest ways to protect and increase your investment’s worth for the years to come. It is simply putting an investment on companies which do the mining and extracting of this precious metal from the earth. It is by putting part of your assets into the ultimate source of gold that you are making that important step into giving yourself a better assurance in the future. You buy stocks in corporations which deal in gold mining and exploration unlike the actual buying and owning of real, physical gold. Though this may seem more risky, the fact is a lot of people have made attractive profits by getting involved with such types of investments. 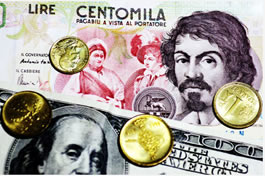 Investing in gold mines and explorations is not the same with owning a real piece of gold for you – sometimes it can be better. The chances of profit-making are better as the price of stocks increase with the corresponding gold discoveries made. Who knows if the company would make it big and gold hitting a remarkable increase in market price at the same time. Since gold is one of the investments which can withstand the effects of inflation in the market, it is indeed one of the ideal ways to secure your financial standing for the future.

There are some factors that need to be taken into account when deciding about whether to invest in a gold stock or not. First is the profile of the corporation that you are considering. Does it often engage in hedging or selling gold to bankers at a fixed rate in the future? This practice makes investors and shareholders lose a lot of profits with this practice. One should do some research about the background of the company that he is investing in before putting down his money.  Aside from that, one should also know about how much gold resources the company has in its mines. Does it have enough for at least 4-5 years to have the same amount of produced gold that it produces currently? If so, then it will be a good investment. The amount of gold in an ore can now be determined by the increase in geological techniques which makes it easier for investors now to determine where to invest.

You will also need some other external factors as the site of the mine and the political factors that revolve around it. The site may be prone to earthquakes as it is located near faults or has encountered a lot of mine accidents already. These things are one of the drawbacks in the income of a mining company. The political factors include the type of government where the mine is located. Is it in a communist territory or are there a lot of outlaws living near the area? These can all trigger some unexpected attacks to the mine which will result in a lot of loses for the mining corporation. So to those who may be interested in investing in gold stocks, this may be a good way to prepare before doing the actual investing.