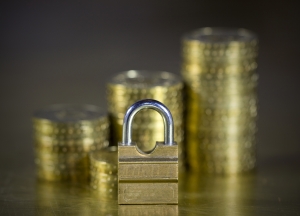 The price of gold declined today on news that the precious metal has been over traded as an alternative to a weakened U.S dollar. Gold had reached a high of $1387 on Thursday during exciting morning trading.

Investors are eagerly waiting for Ben Bernanke the Federal Reserve Chairman to deliver his address on future monetary policy goals today in Boston. If the dollar goes lower on troubling news the price of gold could be supported. Afshin Nabavi the vice president at MKS Finance SA recently said, “The dollar for the time being may go lower” and that will support gold.”

Gold has gained 26 percent this year and is going into the tenth annual year of gains. This is the longest time of increase for gold since the 1920’s. As world economies continue to spend trillions of dollars to dig their way out of weakened economies and stimulate growth metals continue to rally. Speculation that the FED will further increase spending is causing the outlook of the dollar to diminish.

A recent survey by Bloomberg found that 15 out f 19 traders, analysts, and investors, or 79 percent believe gold will continue to gain next week. Three predicted lower gold prices and one was believed gold prices would remain the same.

Update# Federal Reserve Chairman Ben Bernanke said today that there was a case for further monetary easing given low inflation and high unemployment, but he offered no details on the central bank’s next step. At the Boston conference today Bernanke remarked, “There would appear — all else being equal — to be a case for further action.” The Fed will it’s next policy setting meeting in November.