Have you ever considered purchasing gold mining stocks? The gold mining industry has shown some significant increase in their performances with the rising price of gold which has been one of the reasons why investors are looking at them with renewed interest.  Most other types of investments has either shown a fall on their stock prices or have given only a few increase to the owner’s equity. So if you want to make a good investment, buying stocks from a gold mining company may be one of the best decisions that you can make. But is it really the case? 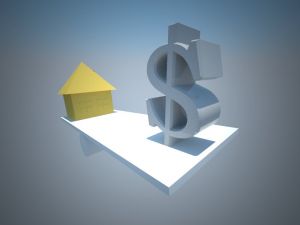 In order for you to be able to judge the situation better , it is good if you can check the performances  of some of the major mining companies in the US. So far, most of them have done not so well even though the price of gold has constantly risen through the years.  If gold has seen some five hundred percent improvement, most gold mining companies have only seen 200. This has affected the performance of gold mining stocks which have only increased by 60 percent. Do you think that it is fair enough when gold is doing so good in the market?  I wouldn’t think that is the way that things should be.

If you want to have a good investment with gold, it is better to do so with actual gold. The mining industry involves a lot of various things which can make it pretty tricky to handle. Not only is there the battle of companies to outdo each other even to the point that they are actually sabotaging their own companies, there is also the case of greedy handling which can definitely ruin a company. There is hedging which most gold companies do with banks in order to secure their production expenses but to the detriment of the investor himself. Not all managers usually think for the benefit of their investors but for their own sake.

A lot of a company’s future depends on how it is handled by competent managers and leaders. When you have a faulty management team, then you will usually end up with a faulty company too. Thinking that it will give them better leverage in the market, they usually end up with a lot of outstanding debts which can affect the profits made by the investors and also of the possible dividends that they should have had. Some are sold at extreme prices that it does not seem that investors would be making any profit after the acquisition itself. These are just some of the ridiculous things that can happen in a gold mining company. Some have made the mistakes of allocating some of their profits into some useless acquisitions such as those of those metals which are not really that profitable and are not that in demand in the market. What if there suddenly has a manufacturing discovery which will eliminate the need for that certain metal? After acquiring it at such a ridiculous cost it would not seem to be able to provide such a good future outlook. Click this link to read about gold stock investing or for ways to further diversify your investment portfolio check out how to buy precious metals mutual funds.